The 4.5 Beta 2 of soapUI just got released and it certainly has some new cool features. This post is in no way a complete review, but two of the new features came surprisingly close to what I had on the top of my wish-list.

1. Environment handling
I had a disussion with my co-worker some time ago. We spoke about how we could port our test projects from one environment to the another. "Why can't we just have a drop-down where we select the current environment?!" - that was our wish. So, since the 4.0.1 version contained no such thing, I decided to work something out for myself, resulting in this blog post. Even if that did the trick, it was messy, manipulative and certainly no drop-down...

In the 4.5 version we have a new tab on the project level, called "Environments"

This tab will contain all of your defined environments where you will run your tests. Going from an old project, with no envrionment handling, to a new one is dead simple. 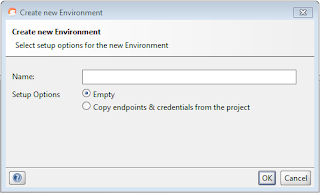 When you click the "+" to create a new environment you can select to "copy endpoints and credentials from the project". This means that all of your current endpoints will be saved in that environment.

An environment is a set of endpoints, rest services, properties and database connections. Each of these artifacts will have a name which you can then use in your tests. For instance, if you are setting up a JDBC test step you will be able to select from the defined database connections by name. When you switch between environments all the JDBC steps using that name will be automatically targeted against the JDBC connection defined in that environment under that name. Awesome! Using environments is now completely transparent.

And the best of all, I got my drop-down:

This dropdown is available on all levels: project, test suite and test case. Switching the environment on any of these levels has a global impact, meaning that all consecutive requests (SOAP requests, JDBC requests) will target the selected environment.

For me this feature is a huge improvement. I have not yet tried the custom properties on the environment level, but I think that feature has some potential as well. It is the whole transparency aspect that appeals to me.

2. Assertion test step
Now this is a feature that many might be excited about for completely different reasons than me. This feature means that we now have a step type that is focused only on asserting. With it, you can make very complex assertions using the interface we are used to with all the guidance for XPath expressions etc.

For me, this just makes my argument for BDD using soapUI even stronger. In this blog post I described how I implement the Given-When-Then syntax into soapUI. The only quirk about it was that I hade to do some Groovy-script-ninja-tricks to get the syntax to be clean. Lets do a short recap:

Now, this last issue with the THEN steps is history. Now we have the assertion test step which is a perfect match for my THEN step. So now there really is no reason not to go BDD with soapUI.


In summary
These two features really strengthened soapUI's position as my tool of choice for web service testing. The Environments improve maintainability, assertion steps improve readability by enabling BDD. Both features reduce the need for "ninja-stuff" in Groovy. Don't get me wrong - I enjoy a good ninja-coding-spree as much as the next developer but for me testing is all about understanding. It is about making as many stakeholders as possible understand what is happening, what the requirements are and if we are meeting them. I think we are on the right track with this tool. 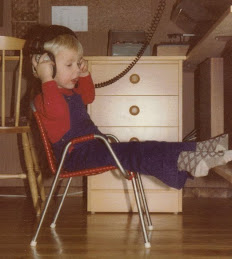